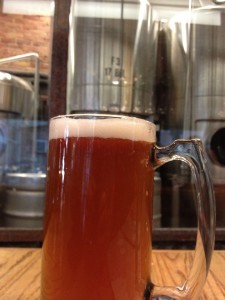 Despite the cheerless Mormons (and the people who make fun of them), I like Utah. Their towns have interesting names, like Beaver, and Brian Head, Tooele and Farr West. They ignore their speed limits. And even though they once hosted the Olympic games, they’re not snooty about it.

The mountains are tall. Most of the Utahns I’ve met (yes, Utahns) refer to Arizona’s Superstitions and Catalinas mountains as foothills. And then they laugh, like that’s supposed to be funny. Sometimes it’s hard to breathe here, it’s so high.

And the sunsets are awesome. It’s all the smoke from neighboring states. There are forest fires in Colorado and Idaho. Even Nevada. The whole world burns around Utah.

The kids stick plastic cups in the chain link fences on the overpass, and spell out things like WELCOME HOME ELDER SMITH. They love their clergy here. When I was a kid back in Minnesota, we made fun of our Lutheran church leaders, people with names like Pastor Arneson, and Reverend Bjorge.

The Utah cops are uptight though. They act like everyone’s trying to screw the Bishop’s daughter. And it’s tough to get good beer. If you want anything stronger than Miller Lite, you have to drive twenty miles to the state-run liquor stores. By the time you get home, you’re sober.

If I lived here, I’d work to change that. Maybe I’d run for Congress.

Last week, I found this great pub, in downtown Ogden. I drank two tall beers. And I thought, “I’m getting pretty good at drinking.” I could have done brain surgery, or written a best seller. I didn’t feel a thing.

When I stopped last tonight, however, I was on to them. I’d done research. “The alcohol content—”

The bartender raised his hand like a crossing guard. “Yep. Three-two.”

I knew it. “That’s what I told the Nordic Warrior Queen!”

He gave me a funny look as he poured my beer. Then he walked to the far end of the bar.

I got hungry after a while, and flagged him down for an order of fish tacos. “So what’s the deal?”

“Three-two beer in a brew pub?” I’d make several hundred gallons of home brew over the years. “How is that even possible?”

“They send people out here, to monitor the yeast reproduction. We have to pull out early.”

I hate that. “Hardly seems fair.”

“That’s for sure. Those poor yeast cells don’t even get to finish.” He brightened. “Maybe you’d like a bottled beer instead?

“Why would I go to a brewpub and buy bottled beer?”

“Ask the Mormons. Bottled beer can be moonshine, for all they care. But tap beer? Three-two only.”

So I ordered a bottle of beer, in a brewpub. The first one—the tap beer—didn’t count. I may as well have been drinking water.

That bottled beer was so good, I forgot the name of it. I might have to go back.