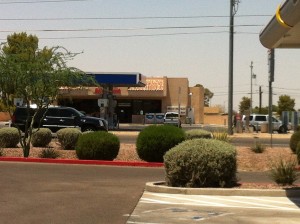 The Nordic Warrior Queen and I took a drive to Tucson the other day to visit family: my son the Rocket Scientist, Cassie and her toothless dog, the two boys. We hadn’t seen them for a while; Cassie’s getting big as a house with Baby Logan, and Jake needed help putting together the crib.

I wanted to get some work done on the computer, so I let her drive, even though that meant two hours of country-western: Sugarland, The Wreckers, Kenny Chesney—what I refer to as Diane’s trucking, fucking, and drinking music.

Don’t get me wrong, I like the occasional country song. Hank Williams. Johnny Cash. Willie Nelson’s the bomb. But I prefer rock and roll (as did the Nordic Warrior Queen, I like to point out, before she became Mrs. Kip Hanson).

What I don’t like is this weepy, “gosh darn it, my wife/girlfriend/lover just left me because I’m a shit, so  after my heart is done being broke, I’m going to drink me some beer/whiskey/tequila, mount my horse/pickup truck/big-rig/tractor and head on over to my favorite bar (come as you are) for some shit-kicking in my cowboy boots and hat, after which I’ll get laid, shoot out the lights and leave this small town forever.”

And all that twangy, yeehawing, “whose bed have your boots been under” sort of singing—it’s enough to make one want to slit their wrists.

Yet I learned a valuable lesson on the way to Tucson—passengers in vehicles driven by their wives of thirty-some years should never criticize the driver’s choice of music, not if they want to continue riding in said vehicle.

Well…I didn’t know. When my brain reached the point where it refused to listen to another electric violin rip, when the Dixie Chicks began howling to the point where I felt my head must surely come apart, when I couldn’t contemplate any longer the thought of sexy tractors or red solo cups, I watched in horror as my hand, of its own volition, reached over and flicked off the stereo.

I then listened helplessly as my brain commanded my mouth to start talking, saying words that I knew I would later want to recall. “Is it just me, or do all country-western singers sound like they have a fucking head cold?”

We drove in silence for another ten minutes before stopping at the Circle-K in Florence to gas up.

“Want me to wash your windshield?” I asked. She responded with steely silence.

“How about your trash? Got any over there?” Since she didn’t say anything, I had to assume her side was clean.

“I have to go inside to pee—can I get you something cold to drink?” I guess she wasn’t thirsty.

I went into the store and did the necessary, then grabbed a Red Bull and some beef jerky on the way out. Considerate husband that I am, I also bought some Banana Laffy Taffy for the Nordic Warrior Queen—it’s her favorite.

As I stepped outside into the hundred-degree heat, I saw a car looking suspiciously like mine exiting the parking lot.

It was only after she rolled down the window that I realized she was leaving me there in downtown Florence, a plastic sack filled with melting Laffy Taffy dangling from my wrist.

She smiled and waved, then reached over to crank up the volume on the car stereo. As she drove away, I could hear the Dixie Chicks through the open window: “Cowboy, taaaaake meeee awaaaaay…”

I decided to walk across the street to Sonic; I’d order a Cherry Slush and wait in the shade. She’d be back.