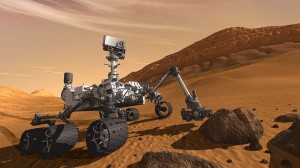 2011? All I can say is…wow. It’s been a busy year. According to the United Nations, Spaceship Earth now carries seven billion souls. That’s a big number, to be sure – when I was born, it was just over three billion, and people were wondering where we were going to put all the…well, all the people. Scientists estimate that, in another fifty years, there will be over nine billion humans calling Earth home. I doubt I’ll be around to see it, but with medical advancements these days, who knows? Maybe the real question will be whether I can still afford a doctor.

Of course, if some theologists are right, there will soon be a lot fewer of us around to make a mess of things. Whatever happened to the Rapture this year, anyway? I had fifty gallons of water, seven cases of Pork and Beans, and my entire library of Stephen King books packed away, yet the End of the World never came. What the hell? To hear those end of days enthusiasts tell it, someone made a small boo-boo in the date calculation, but they’ll get it right next time, you’ll see.

But…maybe it’s already started. This year we had earthquakes like it was nobody’s business – Turkey, New Zealand, Burma, and a great big one off the coast of Japan. Twenty-some thousand people gone, just like that. In fact, Wiki shows we had more earthquakes this year than in any of the last ten, but the USGS says there’s nothing to worry about. They’re just better at detecting them. Really.

And the storms. Holy cow. We had Hurricane Irene, the Groundhog Day Blizzard, historic flooding along the Mississippi River Valley, and finger-of-God tornadoes throughout the Southeast. There’s drought in Africa – well, maybe that’s nothing new, but a killer storm hit the Philippines, Cyclone Yasi struck Australia, and record floods drowned much of Thailand, China, and Vietnam. This past year was a meteorologist’s wet-dream.

So while the US had Snowmaggedon, the Arabs had an early Spring. You say you want a revolution? How about new governments in Tunisia, Egypt, and Libya, and uprisings in Syria, Yemen, Jordan, and elsewhere? Thomas Jefferson once said that a little rebellion now and then is a good thing, but these guys are overachievers, and there are thirty-thousand fewer Arabs in the Middle East to prove it. I wish them luck with democracy, or whatever form of government they end up with.

Even at home, people are unhappy. Unemployment sucked, home foreclosures continued, and the debt ceiling went through the roof while our credit rating fell. Dozens of US cities were Occupied. I don’t think the 99% accomplished much with all their protesting, but politicians and dictators beware – there are a lot of pissed-off people out there.

And who can blame them? Representative Weiner showed us his wiener, Arnold got caught screwing the maid, Congressman Chris Lee went shopping for transsexuals on Craigslist, and Congressman David Wu dressed up in a tiger suit.  What’s up with these guys? And then there’s that grinning Mitt Romney, sticking out his hand to make a $10,000 bet, which is far more than 80% of the world’s population earn in a year. Can’t we get some normal people in public office? Vote them all out and start over, I say.

A lot of bad guys left us this year. Kim Jong-Il and al-Awlaki have gone to meet their maker, and Gaddafi discovered too late that his countrymen really didn’t love him after all. And those fools in Washington did something right for once, sending Osama Bin Laden off to look for his fifty-seven virgins in hell. Bye bye to all, and good riddance.

Of course, we lost some good guys, too. Over four-hundred American soldiers gave their lives defending us this year. Apple lost the heart of their company, Steve Jobs. Amy Winehouse joined Club 27. Smokin’ Joe made his last left hook, Anne McCaffrey went to Pern forever, and Dr. Kevorkian followed his patients, unassisted.  Colonel Potter is gone, as is The Family Circus. Weezer lost their bassist, Liz Taylor will never remarry, the only thing Jack LaLanne will push up now is daisies, and Dan Wheldon drove his last Indy race. What a spectacular ending he made.

Nobody will ever again call Ryan Dunn a Jackass, except perhaps the family of Zachary Hartwell, who was riding shotgun in Dunn’s fiery car crash. Macho Man Randy Savage did his last Double Slap – had a heart attack and then crashed his car. Ex-First Lady Betty Ford, Columbo’s Peter Falk, Major League Baseball Hall of Famer Harmon Killebrew – all gone. And I’ll certainly miss A Few Minutes with Andy Rooney each Sunday evening. I agreed with much of what he said even when others didn’t, and respect that he went ninety-two years without trimming his eyebrows.

There was plenty of news in 2011, both good and bad, but I suppose that can be said of any year. That grinning asshole Jared Loughner managed to kill six people, one of them a nine-year old girl, and wound thirteen others before being tackled by two heroes in the parking lot of the Tucson Safeway where he chose to deliver his obscene message. Gabriel Giffords, whom I never much cared for as a politician, is a hero now as well, showing us the meaning of courage as she struggles to regain the normal human functions Loughner took away from her.

Casey Anthony’s off the hook, but her daughter is still gone. I hope Casey dreams at night of all the things young Caylee will never do. Rupert Murdoch apologized. Big deal. Conrad Murray is off to the hoosegow, as is Rod Blagojevich. Looks like they’ll have plenty of time to repent their wrongdoings. Some political nutcase killed eighty in Norway, many of them teenagers. Coaches Jerry Sandusky and Bernie Fine got their hands caught in the…you know. What is wrong with people?

And we learned that Natalie Wood might not have drowned after all. Not that it really matters to her at this point, but it might to her husband, Robert Wagner. Octogenarian Hugh Heffner’s young fiancée, Crystal Harris, was a runaway bride. Go figure. Christina Aguilera got drunk again, Nicholas Cage beat up his wife again, and Lindsay Lohan…well, who really cares? All these politicians, movie stars, and sports figures – you’d think all that money and opportunity would raise those folks above the rest of us, but their actions prove they’re no better than anyone else. In many cases, they’re far worse.

Millions watched as Prince William made Kate Middleton into an honest woman. Iran released Shane Bauer and Josh Fattal, but I’m still wondering why they had to travel 8,000 miles just to go hiking. The Space Shuttle program ended this year, but NASA’s not dead, not by a long shot. The rover Curiosity started its long voyage to Mars, Juno is headed to Jupiter, and Messenger became the first spacecraft ever to orbit Mercury. I hope they find what they’re looking for. And the war in Iraq is over, sort of. Now we’ll see if the price was worth it. I’m sure the families of the sixty-three Iraqis killed in terrorist attacks last week don’t think so.

Someone once said, “May you live in interesting times.” All I can say is, “what just happened?” I hope 2012 is a little less interesting.  All things considered, though, it was a good year. After all, we’re still here, right?