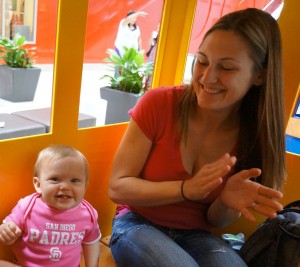 28 years ago, a baby girl was born. It was a Wednesday. The space shuttle Atlantis would roll out of the Rockwell assembly plant in Palmdale that day, and Mike Tyson would KO Hector Mercedes in his first professional. No ears were damaged. Minimum wage was $3.35, gas was $1.20 a gallon, and the Dow Jones industrial average was hanging around 1300.

Bill Gates was still putting the final code tweaks on Windows 1.0. Madonna was like a virgin, Huey Lewis was thinking about the power of love. There were still two Germanys; Ronald Reagan would have to wait two more years before laying down the spank bottom on Gorbachev in front of the Berlin wall. And the 10,000 souls who would perish in Mexico City later that year were still going about their daily business.

None of that mattered to the girl’s parents. Their world was still very small. Despite the fact that his wife was big as a house, the girl’s father went to work that morning, a stupid kid whose only skills to that point were cooking eggs, fixing cars, and making small metal parts. “Call me if anything happens,” he told his wife, kissing her and their infant son on the cheek as he left the trailer.

He had no business being a father. Perhaps he still doesn’t. If not for his wife—who loved him in spite of his limited skill set, and would have been content had he remained a machinist for the rest of his life—he would have made a complete mess of the whole affair.

Back home, she waited patiently. The labor pains had not yet begun, but she had a feeling. She would call the shop soon, and tell the owner’s wife to please page her husband. “It’s time,” she would say.

While she waited, though, she watched the girl’s older brother, who would soon be putting flashlights down his pants and falling into fireplace mantels. He hadn’t a clue what was coming through that door in a few days, but she knew he would be a good brother. She was right.

That night in the hospital, her parents watched Dynasty on the room’s 19” television. At least, the girl’s father did. The mother was too busy to care about the Carringtons.

At some point, the doctor came in and said, “Let’s have a baby.” Fifteen minutes later our Jamie emerged. She was face up, her eyes wide open. She looked right at me, as if to say, “Here I am. The fun’s about to start.” I’ll never forget it.

This is the story of a single day, that most important day in all our lives. Suffice it to say the girl grew up as young girls should. She went to school, served our country, fell in love with a good man and had two beautiful children of her own. She’s had her share of triumphs and tragedies, and through it all she’s made her parents proud.

Twenty-eight years from now, if I’m lucky, I’ll be one of those old men we curse for their fading skills with a motor vehicle. “Can you believe that guy’s still driving?” Or the one who holds up fifteen people in line at the grocery store while he counts out exact change. “C’mon, you old bastard. Get a move on.”

My daughter will be 56 years old then. She’ll probably be wondering, as I do, what happened to the years: what she might have done differently, or how life was unfair at times. All I can tell her at this point is, don’t worry about it, dear daughter. It will all work out. And please don’t forget to call your father once in a while.