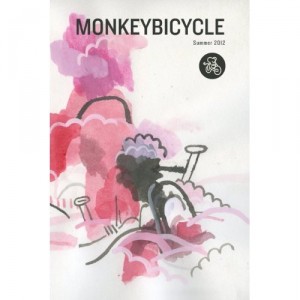 Some of you know Flatline. Thanks to Monkeybicyle, publisher of literary things, for their consideration

I didn’t think it was a big deal when my sister Kate started dating a Golden Gloves champ. Sure, my Mom got uptight, but when wasn’t she? And my Dad? Oblivious. He was far more interested in that big tit broad at the office. The thought of his daughter banging a guy who bench-pressed four hundred pounds, someone with seventeen KOs to his name, was just one more fart in the windstorm to my old man.

His name was Tommy Flatlin. People called him Flatline, but never to his face.

Read the rest of Flatline at Monkeybicycle: http://monkeybicycle.net/flatline/