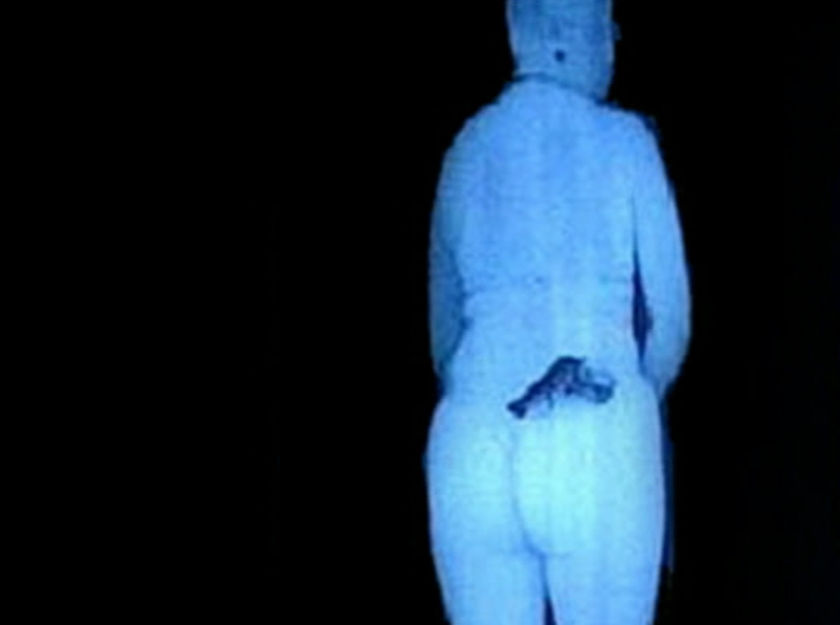 I wrote a story last year for an online writing class. I wish I’d known then how much trouble I would get into because of that story. I never would have done it.

My fellow students and I were supposed to model our stories on the work of famous authors. In this case, it was Campbell McGrath, a poet. We were told to copy the writer’s style. This seemed a bit like plagiarism to me, but I did the exercise anyway, and even though I felt funny about it, I thought the story turned out okay.

The teacher said I’d missed the point of the exercise. She didn’t quite fail me, but you could tell she was thinking about it.

Afterwards, I sent the story out to a few web sites, to see if anyone would publish it. After a stack of rejection letters, it was finally accepted at this small online site, Clockwise Cat. You can read it here if you like (it’s a little long) https://misterass.com/wp-content/uploads/2012/05/Clockwise-Cat_-Jihad-Satire-by-Kip-Hanson.pdf, but reading the story is not the point here.

The point is that the damned story got me arrested.

You’ve heard in the news lately about terrorists planting plastic explosives in their abdomens? That was my idea. I used it in the story.

In my own defense, someone would have thought about it eventually. But I guess the FBI and the TSA and the Department of Homeland Security didn’t like my idea. Not one little bit. Turns out, they were downright pissed.

Of course, I didn’t know that. At least, not until I went through airport security the other day and this big, beefy bastard with a shiny crewcut and forearms like dumbbells pulled me out of line and stuck me in a little windowless room. Before leaving, he took my belt, just in case I wanted to hang myself – for what, I’m not sure: too much shampoo in my carryon, perhaps, or not making a perfect diamond-shape with my fingers over my head while some nameless functionary looked at my junk.

Just as I was about to formulate the perfect Matthew Broderick escape plan, crewcut came back.

“I’m Officer Bronson,” he said without preamble. “Did you write a story named Jihad?”

Oh great, they were going to throw me in jail for plagiarism! I tried to stall. “Umm…do you have a first name, Mr. Bronson?”

“Butch. And it’s OFFICER Bronson.” He glared at me. “Well, did you write it?”

I was caught. “Yes. For my writing class. The teacher made me do it.”

“Copy McGrath. I didn’t want to. I wanted to write like Mr. Ass.”

He looked at me suspiciously. “Who’s Mr. Ass?”

I knew I was in too deep. “Can I have an attorney, Butch?”

“Why do you think you need an attorney? And it’s OFFICER Bronson.”

Jesus, did this guy have to answer every question with a question? In my most official-sounding voice, I said, “OFFICER Bronson. Why am I being held?”

“You gave them the idea, that’s why!” He looked like he’d just discovered the cure for cancer.

“What? You’re not arresting me for plagiarism?”

“No…wait.” He seemed confused. “What’s plagiarism?” No, never mind! Your story. Jihad? The one with the plastic explosives in the guy’s stomach? You wrote about that, right?”

“Well, you must have given them the idea.”

I stared at him, aghast. “You think I gave terrorists the idea to put plastic explosives inside their bodies? Are you kidding me?”

I raised my hand. “Butch. It was just a story. I made the whole thing up.”

Butch abruptly changed tactics. “Okay, but why did you copy someone else’s work? That’s CHEATING.”

Talk about rubbing my nose in it. “I didn’t copy! It was part of the assignment. I was supposed to…oh, never mind.”

“Okay, whatever.” He looked doubtful, but relented after a few moments consideration. “Honest Injun?”

Butch ran a tired hand through his crewcut. I could tell all this terrorism business was really getting to him. Finally, he stood and opened the door for me. “You can go. I’m sorry we detained you, but I had to be sure.”

I picked up my bag and hurried for the door. I had five minutes to catch my plane.

“Mr. Kip. I have one more question for you.”

Now what? I turned around. “Yes, Butch?”