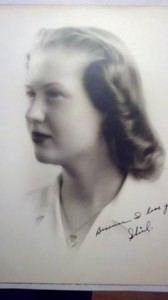 To escape the photographs hanging unstraightened in the hall, the silent bedroom with its row of dusty clothes hanging behind the closet door so firmly shut, his broken wife weeping in the kitchen and the simple reproach of the empty place setting at the dinner table, my father would sometimes take me to his brother’s big ranch house in the country, with its painted shutters, its neat flowerbeds, its clanging horseshoes and brave flagpole and the six dogs who would run out to greet our arrival; it was a place of normalcy and laughter, at least for a little while.

Three minutes walk down the path between the pines huddled a man-made pond, a would-be swimming pool but the contractor fucked up and the concrete slumped and it became a dark slimy reservoir just waist deep, around which the garter snakes crept and the bees gathered, waiting, and in the afternoon after we’d splashed in the pond and the day had become sleepy and hot, my cousin and I went to the barn to see what trouble we could entertain, to visit the biting horses and the sharp-edged garden implements hanging neatly on the metal walls, the stillness and thick dust and tight cobwebs of competing daddy-longlegs crowding the corners, the dog kennel out back bustling with three fluffy white samoyeds and two perpetually damp labs all cocoa-colored like chocolate left in the sun too long and one mangy fat mixed-breed, black like the night with big scabby knees and tufts of hair missing from his sides where the other dogs had savaged him for not belonging, for just being different than the rest.

In the garden, with it’s rows of loosely tended carrots patiently growing, the pumpkins lying askew in the over-burdened loam, straggling cucumbers and dainty purplish rutabagas and exotic kohlrabi, we would prowl for overripe fruit or moldy squash to wage war against one another, with the billy-goat watching from the pen adjacent, patiently waiting for a chance to run us down without reason or warning, an evil troll with mad rolling eyes and an unquenchable thirst for beer from anyone brave enough to climb in the pen, who when drunk became wise and dignified, and his anger finally quenched would wobble off for a nap in the shade.

We rode the horses and the garden tractor, the flat-bed trailer, the snowmobiles and sometimes the hood of the car, howling as one of us fell or was pushed off, heedless of the crushing bulk of the machinery on which we rode, the whirling blades below, the wheels and tracks oblivious to our fragile flesh, unmindful of the potential for sudden and unaccountable tragedy and loss we had come to know. My uncle called it his hobby farm, and on the weekends it took me away for a little while from the suburbs and the house there with its burden of remembrance.

At least for a little while.

P.S. At the Farm was published a while back, at http://sixsentences.blogspot.com. I’ve been thinking about it a lot lately. Sleep well, Aunt Shirley. We’ll miss you.