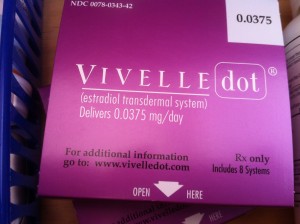 The Nordic Warrior Queen and I have been married 31 years tomorrow. I’m writing this a day early because I expect to be otherwise indisposed tomorrow night. Happy Anniversary, darling – it seems like just yesterday that we exchanged our vows. Okay, that last bit was bullshit, but it sounded nice anyway. In truth, we’ve been married a long damned time, and I feel every bit of it. In a good way, though, really.

Thirty-one years. Wow. The Bureau of Reclamation could have built six Hoover Dams in that amount of time. We watched disco come and go, as well as six Presidents, two wars in Iraq, and the untimely death of the Ford Pinto. We’ve been together longer than the entire US Space Shuttle program, and by a good bit, too.

Okay, maybe we’re not talking a “Great Wall of China” length of time, and we certainly haven’t been around as long as the Great Pyramid, but still…um, congratulations are in order. Yes, that’s it. Congratulations to Diane, on having put up with me for so long.

As we age, our bodies change. Of course they do. That doesn’t mean I don’t still find her beautiful, attractive, and sexy. She’s more beautiful to me now than ever. But when I coyly suggested to her that a new tattoo might be fun – you know, a tramp stamp – I didn’t think it would come in the form of an estrogen patch.

Don’t get me wrong. Anything to help. That’s why I encouraged her to see one of those girl doctors in the first place, so she could get some relief for her hot flashes, night sweats, mood swings – all that uncomfortable stuff that women have to deal with as they age. “Nana Moments” is what we call them around here, as in “Oh shit, Nana is having a moment,” and you suddenly remember you forgot to do something in the garage.

Being a guy is much easier. Aside from the Andy Rooney-like eyebrows, a beer belly, and a saggy nut sack, the only thing a man has to fear as he ages is the one thing women want in their men – a lower sex drive. Oh, he’s not after me every night? Swell. It all works out perfectly.

Still though, I’m far from hanging up my baseball cap. I plan to stay in the game until the last pitch is thrown, until the last runner slides into home plate. So that’s why I’m still after her. That, and the fact that, contrary to what all you youngsters snicker about at your little cocktail parties, sex just gets better with age.

Instead of eating hot dogs and cold-cuts three times a week, sex in your fifties is more like a nice dessert, something to be enjoyed in moderation. More is not always better. At least that’s what she tells me. I’m still trying to be convinced. Sometimes I’d like to go back to bologna sandwiches every day.

So she got an estrogen patch. She wears it on her ass. It’s kind of cute, except the glue leaves this yucky black residue that’s tough to remove, no matter how hard one scrubs. Now her butt looks like some sort of half-assed checkerboard of pink and black squares. And she gives me attitude when I draw smiley faces in the blank spots in between squares.

I’m just trying to decorate the landscape a little, geez.

And the sex? Like I said, it’s still there, even if it’s not “all the time,” like it was in our 20’s and 30’s. For example, just the other day, I was feeling a bit frisky. I stepped out of the den, walked over to her as she sat in her chair watching Wheel of Fortune, and snuggled up against her neck like I know she enjoys. “How about it?” I said.

She looked up at me; want in her eyes and a rosy glow on her cheeks. “I’m in full-blown menopause, buddy. Fuck off.”