This is retarded. Sorry to be an ass, but Daylight Savings Time? Stupid! Big chunks of Africa and much of Southeast Asia seem to be the some of the few places on our planet that don’t participate (mostly) in this lunacy. Arizona and Hawaii are the only US states that don’t practice DST (can you believe they created an acronym for this too? Don’t even get me started on acronyms) and in Arizona they made an exception for the Navajo …Read the Rest

They said it wouldn’t last. Our first date was on a Tuesday in High School, when we skipped Driver’s Ed to go sit in the park and smoke pot. She moved away the next day, half an hour’s drive and endless long phone calls away, seemingly on the other side of the planet. Our first kiss was that weekend, and still it makes my heart ache to think of it – the blue and white striped shirt that she knew …Read the Rest

Why Birds are Cool

They talk, they laugh, they sing Mine can hover in the air, like a helicopter If they were six feet tall, they would eat you They can crack walnuts with their beaks Bird poop doesn’t stink too much, and they don’t pee on you If you are in the kitchen, they will call to you They are destructive, like a three-year old with a knife You can see they are like little dinosaurs. With feathers Birds smell nice, like leaves …Read the Rest

Mr. Ass takes on a new meaning today. This morning I woke up in Mexico (sigh), turned on the TV, surfed past the Spanish-only channels to catch the last five minutes of Judge Judy scolding two bad boys in a dispute over a broken X-Box. I think she’s a terrific hottie. I made coffee, took a shower, shaved, etc. And when I was done, I came back out to see Harry Smith’s ass. Yessir. Today, the CBS Morning News broadcast …Read the Rest

Four beers into my daughter’s baby shower, the long-secret games and hidden rites of this traditionally female-only event revealed, the fun and games degenerated into this Wii-Fit lunacy. As usual, I held the title in Wii boxing, mostly avoided gutter balls in bowling, and completely sucked at everything else. I did, however, enjoy this new game, the Chicken Game (or whatever it’s called) introduced to us by the mother-in-law. In the attached video, you can see the athletic prowess of …Read the Rest

Today is my little girl’s birthday. She is 25 years old. She shares this special day with poet Elizabeth Barrett Browning, country-music star Merle Haggard, athlete Shaquille O’Neal comedian Tom Arnold, and Olympian Dick Fosbury, inventor of the Fosbury Flop.   On the other end of the life spectrum, baseball Hall of Famer Kirby Puckett died of a stroke at the sad age of 45. John Philip Sousa, composer of Stars & Stripes Forever, died at 77. US author Louisa May Alcott …Read the Rest

Some of us spent Saturday afternoon waiting for the big wave that never came. Most of us watched from the TV set, others in person from Hawaii, still others from California, Australia, etc. And…nothing. No death, no destruction, just a little three-foot tall ripple that flooded a few piers in Japan. CNN must have spent millions on news coverage – this was a bigger blunder than Geraldo Rivera and the Lost Vault of Al Capone (what idiocy that was). Regardless, …Read the Rest

I really want to. My life would be much easier. No more lower back pain, no more dropping shit in the parking lot, no more lost car keys or scratched sunglasses. But somehow, I just can’t bring myself to do it, even though I know it’s silly not to. I’m talking about the man-bag, the shoulder bag, messenger bag, courier bag, or European Carry-All. Whatever you want to call it, it’s still a purse. And real men don’t carry purses, …Read the Rest

In the movie Marathon Man, Dustin Hoffman plays an athletic young runner who is violated by a Nazi dentist. The dentist, played by Laurence Olivier, drills big nasty holes in Hoffman’s teeth, and asks him in a menacing voice, “Is it safe?” This is the scene that was running through my brain the other day when I underwent an extraction of my number 18 molar. It was abscessed. It hurt. And while I can’t find any statistics on deaths in the dentist chair, …Read the Rest 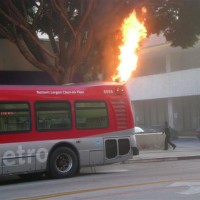 I read an article yesterday about a man from Outagamie County who died in a burning car. The article didn’t say where Outagamie County is, but after a little Googling I found that Outagamie County is the home of Appleton, Wisconsin, which is close to Green Bay (Go Packers!). So now you know. Anyway, the car was parked in front of a house, the owners of which apparently knew nothing about the car or the man who burned there. Imagine, looking …Read the Rest