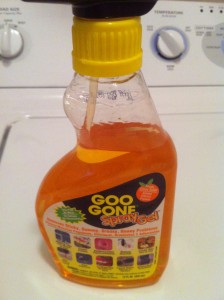 The Nordic Warrior Queen has asked for a retraction. She’s failed to see the humor of my recent post, The Middle Age Tramp Stamp, and wants me to set the record straight. Okay, here goes.

As it turns out, there’s something about menopause that the women who are enduring it don’t find the least bit funny: the mood swings, the hot flashes, the tender breasts and annoying need for supplemental estrogen—I understand now that these are difficult subjects for a woman in the golden sunset of her life, and I am deeply sorry for my insensitive comments.

And I admit: I may have exaggerated a few things. Just a little bit. For starters, she really does put out, and certainly a lot more than I deserve. Sorry kids, but your mother is a sexual machine. In fact, as I approach my fiftieth, I sometimes have a difficult time keeping up with her. Occasionally. Once in a great while. I won’t go so far as to call her a cougar, but the writing is on the wall, and I’m sure that she longs at times for the boy I once was.

Still though, I thought comparing bologna sandwiches to sex was an excellent and exceedingly humorous metaphor. Sadly, she didn’t get it. I’ll try to be more cognizant of her feelings going forward.

As for the comment that our marriage has outlasted disco, six presidents, and the space shuttle: Darling—that was meant in a good way. Our thirty-one years has been a happy and proud achievement, not a prison sentence.

And she’s right about another thing: being a man is far easier than being a woman. I wouldn’t trade places in a million years. Saggy balls, a receding hairline, and a beer paunch are nothing compared to the pain of sore tits and raging hot flashes.

In summary, I apologize. I’m a pig, she deserves better, and I promise to try harder, and to understand her feminine challenges until the day I am released from this earth.

There’s one thing I don’t understand though.

I stopped at Home Depot yesterday. I wanted to get a shelf for my den, and a replacement battery pack for my cordless drill. Standing in line at the checkout with my resolve to be a sensitive man hanging about me like a shiny new suit, I thought: is there anything Diane needs?

And there it was, right on the end cap. Perfect. She would be so excited when I got home, I knew that all would be forgiven.

But when I showed her what I’d bought for her, she stormed off and went to bed. I had to sleep on the couch. What? I just don’t get it: why wouldn’t she want a bottle of Goo Gone?

It should be great for removing the estrogen patch residue from her ass.