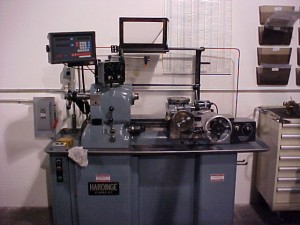 I bought this ‘67 Chevelle once. It had a 327 small block, a Muncie 4-speed and 4.11 Posi-Trac rear-end. It wasn’t an SS, but I knew I could fix it up just as nice. This was the same car my brother and I would one day tow down County Road 5, nearly killing a woman and her small children when the front tire came loose and ricocheted in front of their minivan. But that was years later.

I was eighteen. The Nordic Warrior Queen and I had been married just a few months by then. We were still living with my Mom, in a second-floor apartment overlooking Highway 169, at least until the lease ran out and we could move to our own place. We were looking out in Chanhassen or Chaska, so I could be closer to work.

I bought it because of the leather seats, and because Red let me pay him in installments – two hundred bucks a week, for five weeks. He knew I was good for it –  after all, he saw me every day. His machine was only fifteen feet or so from mine at the shop where we both worked, close enough to bounce a wadded up shop rag or a scrap part off the bill of his dirty baseball cap.

Cars weren’t the only thing I bought from Red. He also had the best weed around, as his roommate had good connections and brought the stuff home by the garbage bag. And again, Red never seemed to mind fronting me a quarter-ounce until payday.

Red was a machinist. He ran a Hardinge chucker, a manual lathe with handles and knobs and dials which were quite alien and a bit scary to me at the time. I was still learning how to operate a computerized version of the same machine, a “tape chucker,” named so because you loaded the program via a long roll of black paper tape with thousands of little punched holes that told the machine what to do.

Vern, the shop owner, bitched at Red sometimes when he didn’t make rate, especially when – once it was setup – I could make the same parts ten times faster on the tape machine. Red didn’t really care how many parts per hour he made. All he cared about was making good parts. If Vern bitched too much, Red would just turn his machine off and go home.

And even though Vern was usually pissed off at Red for one reason or another, he still invited him to work overtime every week. It seemed we were always behind back then – this was back when Reagan was busy defeating those pesky Russians in the Cold War, and machine shops had a lot of work.

So there we were most Saturdays, making parts. The radio cranked up (this was another thing that made Vern mad), listening to Tom Bernard on KQRS, or jamming to Don Henley and Pink Floyd. After work, Red would shuffle out to his blue and white Chevy pickup truck and head on down to Leo’s Tavern. Sometimes I joined him.

Each of us eventually left there. A few years later, Red went to work for my father-in-law, running an engine lathe. He worked there for years and years, while I moved from job to job. Once in a while I’d stop in to say hello; we’d have a couple beers – at least until my father-in-law stopped putting Pabst in the vending machine – or sneak out back for a hit.

Red left us this week. He had an aneurysm at work and died on the shop floor. All that pot, cigarettes and beer, or maybe one too many pork chops. Who knows? I wish now I’d gone to the shop last time I was in Minnesota, just to say hi. He was always glad to see me. I can’t even remember his real name – James Newberg, Shoberg, something like that. It doesn’t really matter. He’ll always be just Red to me, and I’ll remember him hunched over his chucker, listening to KQ on Saturday afternoon. Making parts.

Previous Post
« Kicked in the Shin
Next Post
Sermon on the Mount »
Mr. Ass
Calotropis Theme designed by itx