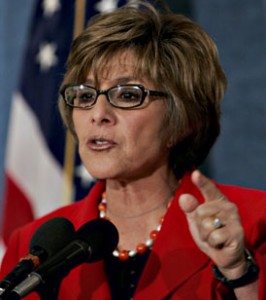 This morning the Nordic Warrior Queen wanted to know how many people die each year on cruise ships. Since that’s one of the things I don’t know much about I had to look it up in Wikipedia.

But Wiki wasn’t there! What the hell? There was only this cryptic message about SOPA and PIPA, which I thought were Spanish words, and a little box asking me for my zip code. Why is Wiki going on about soup and music in Spanish, and asking where I live?

Okay, I’m easy – I entered my zip code. What’s the harm? In return they gave me all the contact information – Twitter addresses, phone numbers, even contact forms – for my state’s elected officials. That sure is going to come in handy for Christmas cards next year.

But wait, what’s this? Turns out that SOPA and PIPA is how a bunch of Technogeeks and former Napster junkies are pissed off about Congress trying to infringe on their rights and just generally making things difficult for them. If it means no more Wiki, I have to agree.

So, now that I realized that SOPA and PIPA don’t refer to soup and music (at least not in this instance), I decided to learn more about them, so I could decide which side to cheer for in the upcoming war between the free-speech Technogeeks with their army of AI nano-bots (that means smart little machines that can hide in your underwear and you’d never even know it) against the Washington “we want to control everything, especially if it means we can make more money” politicians with their Superpacs and Cayman Island bank accounts and all their rich Left-Wing Hollywood friends.

So I Wiki’d SOPA and…damnit, I forgot. Wiki’s broken. Today Wiki looks more like a “Who Died on This Day in History” memorial site, with this dreary, ominous new theme, than the can’t live without encyclopedia I’ve come to depend on. I sure hope it goes back to normal soon.

Anyway, I Googled SOPA instead of Wiki’ing it, and while I found some great soup recipes, I also found a link to a newspaper article that explains SOPA and PIPA (not the Spanish versions) and how the politicians both for and against SOPA are receiving “campaign contributions” both from the freedom of speech Technogeeks as well as the Hollywood “don’t you dare copy my crappy movies without paying me first” media industry.

You know, I always regretted not becoming a doctor, because doctors save lives and get paid a lot of money, and when they’re not cutting people open and shoving uncomfortable things inside their bodies they get to golf four days a week and go on month-long Caribbean cruises piloted by non-Italian ship captains, but now I know I should have been a politician, because these assholes are not only getting money from the people who like the way they think and want them to keep on thinking that way forever and ever, but they’re also getting money from people who hate the way they think and are hoping that by shoveling enough cash into their Cayman Island bank accounts they might convince them to think differently.

Barbara Boxer, who I’m sure is a pleasant enough lady if you’ve been invited to her house for barbecue pork sandwiches and a few beers next Saturday (I admit, I don’t know her on a first name basis, so I’m probably being unfair – and she does have a bitching hairdo for an older gal), is raking in close to a million bucks a year just on this one ridiculous issue. And she’s only one of a hundred or so Washington assholes who get paid for how they legislate – for or against, doesn’t really matter – and the more powerful and influential they are (like Barbara), the more they get paid by the lobbyists.

I don’t know. I’m not an especially smart man, and I slept through Social Studies in school, but I don’t think democracy is supposed to work like this. What do you think?