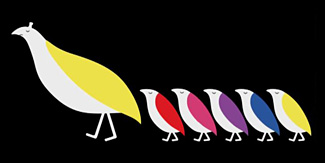 Danny Bonaduce called me last week, all excited. “Dude, Shirley and I are starting up the band again, and I was wondering if you can take Brian Forster’s spot.”

“Why are you calling me?”

“Don’t you remember? You wrote us that nice letter, about how you wanted to part of the band.”

“But…your letter said how much you love our music.” At this point, he broke into song, “You know, C’mon Get Happy and I Think I Love You. Is this ringin’ any bells yet, little dude?”

“Listen, Bonaduce. Don’t call me little dude. I’m nearly as old as you are. And who’s Brian Forster?”

“Geez, I thought you were a fan. Brian Forster played Chris, the drummer. Why don’t you know that?

“Don’t worry about it, little dude. Neither could Brian. He just sat there smiling, trying to look all cool while he was whamming away on the drums like an idiot. I don’t think he even knew we dubbed in the soundtrack later.” Bonaduce let out an exasperated sigh. “C’mon, are you in or out?”

Now, I admit that I once had the hots for Susan Dey. Who didn’t, after all? And I may have one or two Partridge Family songs in my iTunes library, but this whole thing was crazy. The rumors about this guy must be true. “Danny, have you been drinking?”

There was a long pause. “What’s your point? Here I am, giving you the chance of a lifetime, and you’re questioning my alcohol use? Why you son of a b….” At this point, Danny fell into a long rambling discourse about my ungrateful attitude, and how I was not, nor ever had been, a true Partridge Family fan, and that I have no musical talent. Just before I hung up the phone, he said something about how he was going to come to my house and beat the crap out of me.

C’mon, get happy, Danny. And Merry Christmas, Partridge Family. Or whatever family you’re part of.