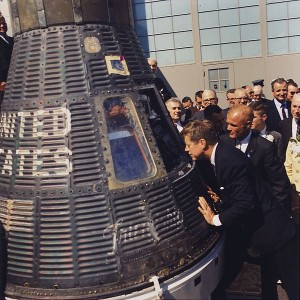 In 1962, much of what we know today was yet to happen. The Beatles were busily working on their first album and Alcatraz was still open for business. Most Americans had never heard of Vietnam or the Gaza Strip. Martin Luther King had a dream, but was still keeping it to himself. Construction of the Berlin Wall had just begun. There was no James Bond, and chess master Garry Kasparov was not yet born, nor Johnny Depp, Helen Hunt, Julia Roberts, Charles Barkley, Daniel Pearl…and so on. Earth’s moon was a virgin mystery and Mars was thought to contain seas and rivers. Robert Frost was still writing poems, Aldous Huxley and C.S. Lewis were still writing fiction, and Medgar Evans was still campaigning for Civil Rights. There were no Ford Mustangs yet, but you could always buy a Studebaker, at least for a few years more. Feminism was just getting rolling, perhaps due to the recent invention of birth control. Nikita Khrushchev ruled the Soviet Union and John F. Kennedy the United States. Charles Manson was in jail, but would be released in a few years for good behavior. One of his eventual victims, Sharon Tate, was just getting started with her acting career, and OJ Simpson was playing high school football. Osama bin Laden was struggling with toilet training. Heart transplants were still years away, as were Touch-Tone telephones, ATMs, home video recorders, and LSD. The Internet was a distant dream. Radio Shack was preparing to open its doors, although they wouldn’t sell their first TRS-80 personal computer for another fifteen years, as computers were still massive, expensive things operated by government agencies and research laboratories, but that didn’t stop some students at MIT from using one to invent the first video game, Spacewar! Watergate, the Space Shuttle, two wars in Iraq, two recessions, OPEC, terrorism, massacres in Jonestown and Munich and Columbine, nuclear meltdowns at Three-Mile Island and Chernobyl, the Exxon Valdez, Pol Pot, AIDS, Bhopal, Star Wars, the Walkman, Kent State, Disco, 911, the Oklahoma City bombing, and the Brady Bunch – all these things were yet to come. As I was growing up (which my wife will tell you is a work in progress), I once thought we lived in boring times – that our parents, who survived World War II, Pearl Harbor, Korea, the Great Depression, and saw the birth of the Atomic Age – had seen “real history.” I guess I was wrong. Anyway, it’s good to be here – thanks to all of you for the birthday wishes.