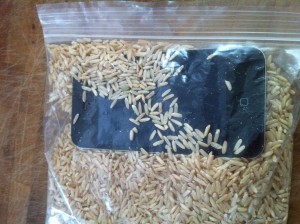 The Nordic Warrior Queen dragged me to our friend Becca’s baby shower last weekend. I don’t really like baby showers – I feel bad for those humongous women, as if I’m somehow to blame. And all those silly games – “Guess the size of the mother’s tummy” or “How many baby items can you name,” and even, “Pin the sperm on the egg.”

The mysterious rites of passage for an expectant mother are too difficult for a simple male to wrap his head around.

But she said there would be beer, and my kid was going to make pork ribs on the smoker. “Oh, and don’t forget your suit, because Becca’s parents have a swimming pool – you can play with the grandkids in the pool.” Translated into man-think, this means several hours of happy inebriation while tossing small screaming children high into the air to compete for the biggest splash. Well, if you put it that way…

So what’s the big deal about a forty-eight year old man being pulled into the swimming pool by his grandson? I’m not embarrassed, even if I do weigh five times as much as the kid. Alcohol may have been involved, and this likely explains why I neglected to take my iPhone out of my pocket earlier in the day.

Still, he barely managed it – if I’d been standing just six inches further back, he could have pulled at my t-shirt until the cows came home and he wouldn’t have tipped me into the drink. I hardly thought it was humorous. But you know how people are, especially when it’s a bunch of punch-drinking women at a baby shower.

What’s so funny, ladies?  You’ve never seen someone fall into a pool with all their clothes on?

I hope my phone’s going to be okay. Cassie put it into a bag of rice, which is only fair, since it was her little delinquent that pulled me in. Remember this, Evan – payback’s a bitch, even if you are only six years old.