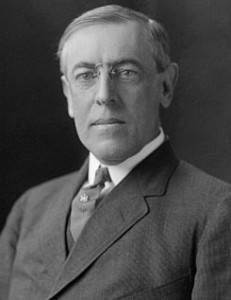 I Googled most of this so don’t blame me if it’s wrong. In December 1907, West Virginia saw the United States’ worst mining disaster ever. The official count was 362 workers killed, many of them children. The following July, Mrs. Grace Clayton organized a memorial for the Monongha Mining Disaster, which she labeled as Father’s Day. But apparently nobody liked the idea and it was never celebrated again (not officially, anyway).

Two years later, Mrs. Sarah Dodd invented her own version of Father’s Day. This one  was more successful, but not by much. The day was loosely recognized by Presidents Wilson, Coolidge, and Johnson, but was not made an official holiday until Richard Nixon finally signed it into law in 1972.

By contrast, Mother’s Day has been official since Wilson signed the bill sponsored by Anna Jarvis (also from West Virginia) in 1914.

All this just shows that men are motivated to make women happy, sacrificing their own needs ahead of the women they love. That, and they want to get laid, which could explain why Wilson agreed to sign the Mother’s Day bill but ignored a similar bill for fathers. It scored points with his wife. That’s what I think anyway.

I have to go call my Dad now. Happy Father’s Day, guys.