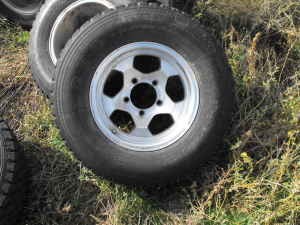 Life returned to normal for a while and Kirby managed to evade the law (hopefully Officer Anderson isn’t reading this). One day not long after, I was at work relating the story of the light pole and the Ice Cream Truck to my friend Red, whose real name was James Redding.

Red sported a long orange-brown beard and a balding head he kept hidden with a dirty baseball cap. He looked like a castoff from ZZ-Top. I mentioned to him that I was thinking of building a hotrod, to which he replied that he had a 1967 Chevelle that he’d been putzing on for a while, but somehow never had the cash to finish it off. He said he’d be willing to part with the car for “eighthunnertbucks.”

He warned me that it needed “a little work” but would make a real sweet ride when done, with a 327 small-block V-8, a dual posi-traction rear end, a Muncie four-speed, and custom black-leather seats. I’d always wanted a fast car and this seemed like a great start to one, not to mention the many new towing opportunities it would afford. I said okay, and we shook hands on the deal.

The next Saturday, Kirby and I went over to Red’s house in Excelsior. Red was at work: his roommate, another ZZ-Top looking character with glazed red eyes and a dirty bathrobe, ushered us into the garage. Time had not been kind to the Chevelle during its tenure in Red’s garage. It was covered in dust and there was a large bird nest in the trunk (the birds had gained access through the broken taillight) which I quickly disposed of.

I wondered if Red’s assessment of the Chevelle’s condition had been completely honest, but I had to admit it had nice leather seats, even though they needed a good cleaning. The front tire on the driver’s side was flat, which was a bit of a problem for us since the only spare was a big fatty mounted on a massive aluminum mag-wheel.

It was at least three inches wider and two inches taller than the other tires, which would leave us with a decidedly kittywampus front end. We could have gone to the filling station and had the flat fixed but were in a hurry to leave – Red’s chow dog was circling the garage, looking hungrily at us, and his roommate kept peeking out the garage door to offer us a bong hit.

Kirby backed in with the Mighty Belvedere and began attaching Stretch, my big yellow tow strap, to the undercarriage. I started working on the tire replacement. I jacked up the front end and removed the flat to discover there were only two lug nuts on that side. Since safety first was always our motto, I pulled a lug nut from one of the other wheels and finished mounting the fatty. We were ready.

I complained about always having to be the towee, so Kirby took pity on me, agreeing to let me drive his Belvedere while he sat in back and steered the Chevelle. Personally, I think he just wanted to be the first to sit behind the wheel of my brand-new would-be hotrod.

We pulled out, waving at Red’s roommate, who was peeking out behind the drapes, and headed north. I decided to avoid Highway 7 for fear of cops (we had no flashers or brake lights) and pulled onto Minnetonka Boulevard, a four-lane county road with only moderate traffic.

We were cruising along at a nice legal forty miles per hour and I was pleased with myself for my recent purchase of the yellow tow-strap. It worked great.

My mind was filled with images of my new hotrod. I was trying to decide what color to paint it, and how I would bolt a 650 four-barrel Holley carburetor and chrome valve covers onto the 327, and maybe install a really trick camshaft and port the cylinder heads when I heard a terrific “WHAM” and the Belvedere suddenly slowed. It felt like I’d hit an invisible wall. At the same instant, there was a horrible grinding noise and I could see a huge cyclone of sparks in the Belvedere’s driver-side mirror.

As I turned to see what was happening, I witnessed a magical thing – a monstrous tire on an aluminum mag wheel, looking suspiciously like the wheel I had recently mounted on my new Chevelle, flying through the air. I knew instantly that the Chevelle’s spare tire, the one I had securely attached to the left front side of my new hotrod, had somehow come loose and was now sailing down Minnetonka Boulevard at a high rate of speed, a huge rubber bullet bent on destruction.

The fatty came down with awesome force, nearly crushing the hood of a blue Fiat, then bounced high in the air and crashed down again, this time miraculously missing the roof of a mini-van filled with a shrieking woman and several small children. The fatty ricocheted away, twisting impossibly in the air to sail horizontally over the helmeted head of a bicyclist in sleek black Spandex shorts, nearly decapitating him. At the last possible second, the wheel veered off in a weird wobbling arc and cartwheeled mercifully into the weeds on the other side of the road, eventually coming to rest against a large oak tree.

Through it all, Kirby and I sat in our cars, tethered together on Minnetonka Boulevard, gaping at this strange spectacle. When it was over, we were surrounded by dozens of angry-looking motorists. As I jumped out of the Belvedere, I offered my best “oops, my bad” apology look, hands spread and shoulders hunched, then ran across the road and into the woods to retrieve my wayward tire.

When I got back to the Chevelle, Kirby was scrambling to jack up the car so we could get the hell out of there before the cops arrived. We mounted the tire again, but this time stole a few more lug nuts from the other wheels, and gave them all an extra tug with the tire iron just to be sure. We weren’t taking any more chances.